Chairman was invited to attend 2016 Hangzhou B20

On September 2-4, 2016, Chairman Ni Junquan of Zhejiang Junquan Automation Co., Ltd. was invited to participate in the "2016 Hangzhou B20" summit. This is after the Philippine APEC summit in November 2015, he attended the business leaders summit with President Xi Jinping Another honor after the series of activities. As an outstanding private entrepreneur, Chairman Ni Junquan has accompanied President Xi and other national leaders on visits and participated in various bilateral and multilateral major economic and trade cooperation activities for more than ten times.

This time in the beautiful Hangzhou, China, the chairman will gather with government heads from the world’s 20 largest economies and thousands of industry leaders and entrepreneurial pioneers from various economies to discuss "building an innovative, dynamic, interconnected and inclusive world economy" ".

The B20 Summit is the opening event of the G20 Hangzhou Summit and the largest and highest-level business summit in the history of the G20. At present, there are about 800 participants in this B20 summit, half of which are Chinese and foreign representatives. A total of 156 Chinese enterprise representatives participated, most of which are state-owned enterprises and private enterprises account for a small part. The ability of Mr. Ni Junquan to be invited to attend the conference is the government's recognition of the past achievements of private enterprises, as well as the recognition and encouragement of Ni Junquan's personal achievements.

The B20 summit set up six major topics including finance for growth, trade and investment, infrastructure, SME development, employment, and anti-corruption. The content of B20 discussions and the results achieved have a direct impact on the G20 summit.

Since 1985, Junquan Automation has been developing intelligent wire harness processing equipment for 30 years. At present, it has a professional and efficient R&D and management team, advanced technology and high-end products with strong international competition, and a group of reliable customers. It enjoys a good reputation and reputation in domestic and foreign counterparts. At present, in the new international and domestic environment of "Made in China 2025", Sovereign Automation is also facing various challenges and opportunities. It must be based on the general trend of international industrial changes, comprehensively improve product quality and its own value, and make due contributions to the development of China's manufacturing industry. Contribution. Participating in such an international economic event is another new opportunity in the journey of the "Sovereign Automation" brand to the forefront of the world. 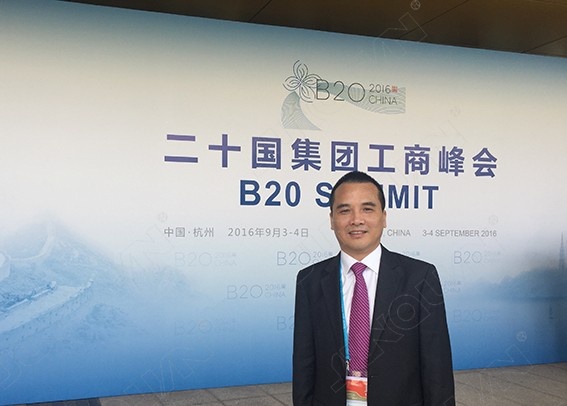 Chairman Ni Junquan at the B20 Business Summit 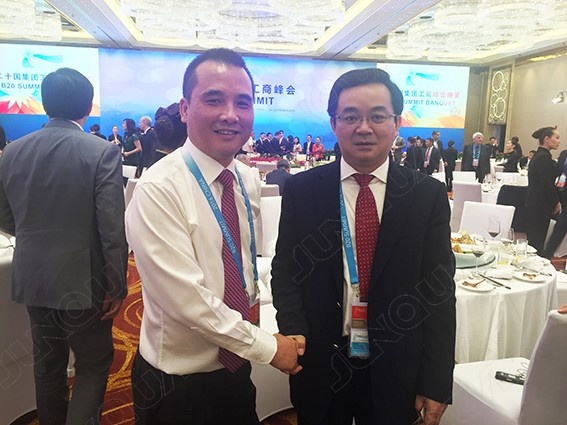 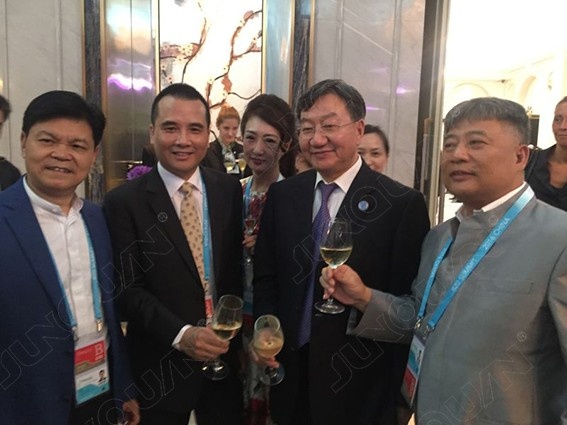 The chairman takes a group photo with Jiang Zengwei, chairman of China Council for the Promotion of International Trade (second from right), and Cui Lianggen, chairman of Hengtong Group (first from left) 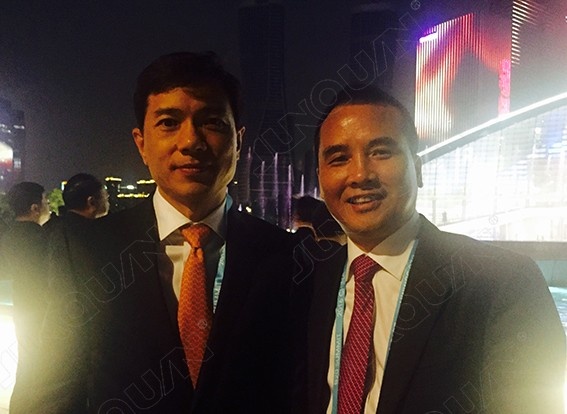 Group photo of the chairman with Zong Qinghou, chairman of Hangzhou Wahaha Group 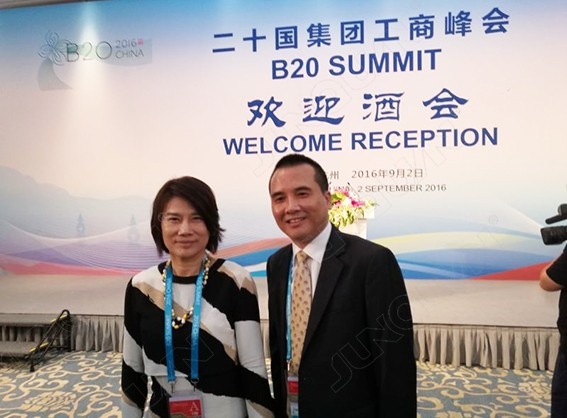